The following is excerpted from A Whitened Media Shaped by Bill Clinton’s Telecom Act Misses Reasons for Hillary’s Defeat by Jon Jeter at Mint Press News.

And last summer, the CEO of The Real News Network, Paul Jay, rescinded a job offer to me when he discovered that I had written this critique of the California Nurses Association’s mostly white leadership’s unresponsiveness to its nurses of color, even though stoking racial tensions within organized labor has been the chief weapon for dismembering workers’ movements in the post-World War II era.

Jay bills his network as alternative media and — like Democracy Now, Jacobin and the Intercept — it is aligned squarely with the political Left. But the white liberal media’s investment in top-down reportage and white male authority is not much different from that of Fox News or The Wall Street Journal, said Jared Ball, an African-American professor of communications at Morgan State University in Baltimore who worked at The Real News in 2015. While the staff is indeed relatively diverse, Jay and his principal donor — a white, California businessman — make all the calls when it comes to content.

When Ball produced a segment critical of Bernie Sanders’ mixed record on challenging U.S. imperialism, Jay informed him that such reportage would not be tolerated.

“From the beginning I found Paul to be a near caricature of a white liberal . . . condescending, arrogant and totally disinterested in my politics, most of which emanate from the black radical tradition,” Ball told MintPress News. He went on:

“During an argument we once had, he made one of those routine and condescending dismissals of ‘You don’t like what I am doing here, go do your own!’ conflating his access to capital with some kind of journalistic acumen.

Almost immediately it was apparent how miserable most people [at Real News] were, across the board, regardless of race, gender, political or sexual orientation.  Mostly I would learn this emanated from a very traditional top-down business practice where most decisions regarding content and format were handed down by Paul and imposed with little discussion.“

The result of such a top-down approach to journalism is a lack of robust interrogation, and a didactic, polemical style that centers on white expertise rather than the black-lived experience, which is more democratic, revelatory, and resonant. That’s important, Khalid told MintPress, because newsrooms draw their energy from reporters and the communities they are in touch with, not from managerial hacks.

“The real question is always who is in that editorial meeting,” he said, “because that’s where you decide which stories to pursue.” 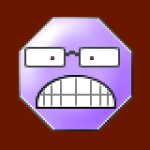 Book Review: Words Covered In Ivy, Not Yet In Blood

Ngugi Wa Thiong’o. Birth of a Dream Weaver: A Writer’s Awakening. New York/London: The New Press, 238 pp. $16.95.   Reviewed by Todd Steven Burroughs LEAVE IT TO A continental African to...